In a previous post, we talked about creating 3D terrain resources. While terrain is arguably the single most important feature in a map, our mapping platform also provides buildings, transport networks (road, rail, tram), trees, place names and more. Given the number of features that make up a complete ‘slice’ of the map, there’s a lot of work to be done in creating it! 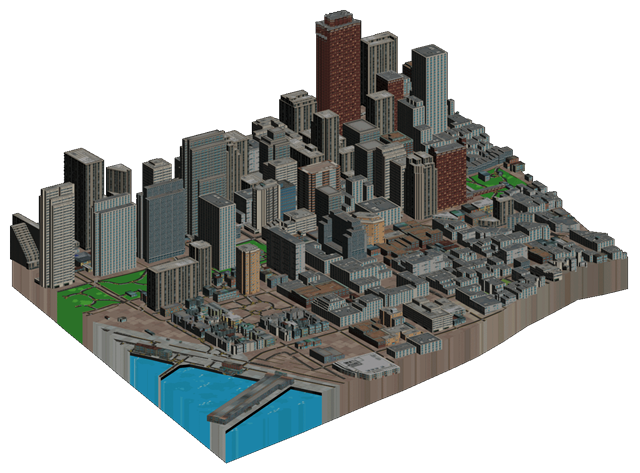 When building a small geographical area like a town or small city, a single computer provides enough horsepower to get the job done in a timely fashion. The problem is, we don’t just build cities. We build the world, often a country or even a continent at a time.

As an example of what we’re up against: say we wanted to create the map tiles for Canada. A simple approach would be to take a handful of dedicated computers, line up the work and wait. Unfortunately, you’d be waiting for a very long time indeed, as Canada’s land mass sprawls over 9.98 million km²! We often need to get things done quickly, so it’s not feasible to play the waiting game.

How can we make this scale? 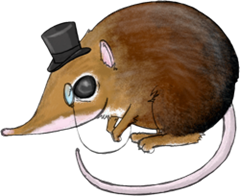 We’re lucky enough to be operating in the cloud era so, rather than maintaining our network of computers, we harness Amazon’s Elastic Mapreduce (EMR) and Simple Storage Service (S3). EMR is an Apache Hadoop-based distributed computing service. Tasks that can be structured as MapReduce jobs can achieve close to linear scaling. At the simplest level, it’s the old cliché of, “if it takes one person 24 hours to dig a hole, how long would it take 24 people to dig the same hole?” The answer should be “roughly one hour”.

In addition to using EMR, we use the excellent mrjob package for Python. Python is a language that is well suited for GIS processing due to the wealth of packages in its ecosystem (GDAL & Shapely are particularly useful). Consequently, mrjob is a great fit for us.

Although we could’ve used any number of distributed computing frameworks and services, we chose EMR as it allows us to provision hundreds of machines at the drop of a hat.

To exploit the power of distributed computing, we need to divide our workload into discrete pieces that can be processed independently. I quite like Ayende’s at-a-glance description of MapReduce: thinking in C# LINQ terms, it’s basically a distributed Select() + GroupBy().

In our workflow, a typical “map” function reads features from ESRI shapefiles (e.g. WGS84 building outlines) and then calculates which spatial index* each feature should be assigned to in our target resource space – it’s spatial binning, hadoop-style. The map function produces key value pairs of ( K : spatial index, V : feature).

* A spatial index is a way of referring to a particular cell in a spatial structure (e.g. a cell in a quadtree). For interested readers: we use Morton Codes in conjunction with a cubemap. 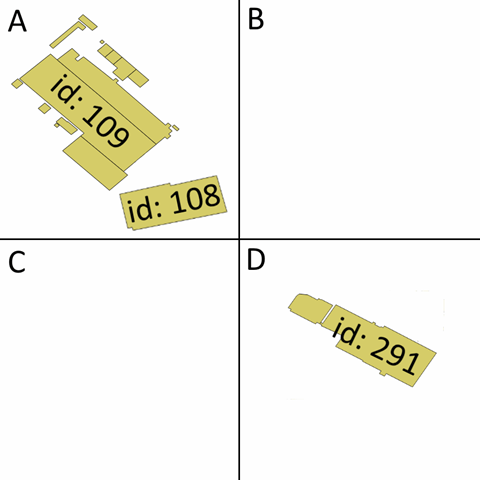 If we were to run the building features through the map function, the output would be:

In JSON format, this would look something like this (notice these are three independent results)

The reduce function input for Cell A would be:

… whereas the reduce function input for Cell D would be:

As we can see, the map outputs have been grouped by the spatial index to form the reduce input – the value of the reduce input is a list of features rather than a single element. As the reducer runs, we have everything we need to process a single resource cell. We then generate a mesh (and any other metadata that is useful) and output a binary resource that can be streamed over the web.

The beauty of MapReduce is that it doesn’t matter which machine is processing any given range of input features – processing happens in parallel. In summary, we can crunch tens of millions of features in arbitrary shapefiles, group them by spatial index in our target coordinate space and, finally, output a binary resource.

Unfortunately not. Once you get your head around how MapReduce works, the job plumbing is relatively straightforward. However, the trouble with building 3D meshes for millions of square kilometers of the world is that one-in-a-million, pathological issues suddenly become an everyday occurrence.

Off the top of my head, problems include:

Robustness suddenly becomes a byword for success. We’ll touch on this in a future post.